Blessing on Imbolc, Festival of Bridget 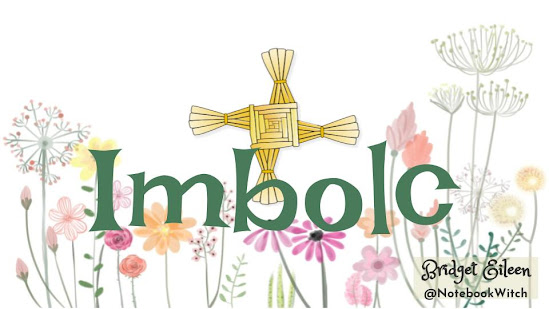 Imbolc, the Festival of the Deity Brigid, Is Also My Spiritual Identity Anniversary

Imbolc is one of my favorite & most personally meaningful holidays. It is the anniversary of my realization that my spiritual identity, my "religion" so to speak, is as a solitary eclectic pantheistic neopagan witch. Imbolc is also the celebration of the spiritual figure from whom I got my name--in the sense that my great-grandmother, and a whole bunch of other Celtic folk were named Bridget in the Saint/Goddess's honor. It was learning about the Catholic, and parallel Pagan, holidays celebrated on Feb 1 that got me down a click hole, in which I learned more and more about this spiritual practice, neopaganism and witchcraft, which is now such a meaningful part of my day-to-day existence. And every new thing I learned during all that reading on Feb 1 had me saying, "Yes, exactly! That's what I've always thought! I believe that, too!" And then =✨magic✨= just like that, I discovered I was a neopagan witch. And so much clicked, so much of the world and my place in it suddenly made far more sense than it had before.

My Name and My Destiny

My name became my destiny. Or my destiny gave me my name, to help me find out who I was. Either way, now I'm here and glad for it. Either way, I am grateful for it, and for the meant-to-be-ness of who I am starting from the moment I was born ad named. This is a really special day for me. And it's a great day for us all in the northern hemisphere, since it means we are halfway to Spring!!! Blessings for #imbolc2022 💐 Happy Saint's Day to all the Bridgets of the world. Spring is just around the corner!!