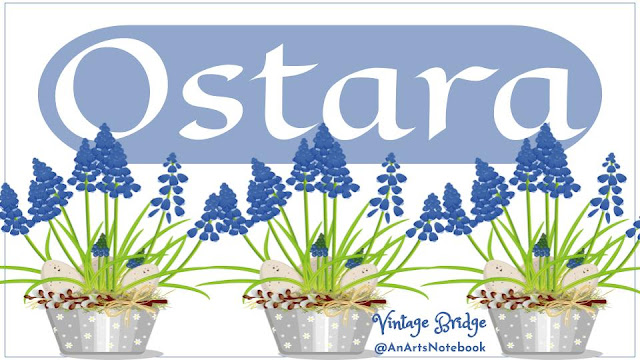 Happy Ostara! People observe the sabbats in so many ways. I find that I tend to ring them in with a contemplative blog post about this spiritual practice, my place in it, and the cultural implications in greater society. This year is no different!

I've been thinking a lot lately about the weight of a phrase like "my religion" has in our current society, especially in the US. I have always been hesitant to describe my neopagan witch-hood as a religion, preferring the term "spiritual practice" instead. But I might adopt the term "religion" for it, going forward.

Why does this matter? As a self-styled "political witch" my spiritual practice and my fervor for progressive politics are not separate interests of mine; they feed into and grow from one another. A lot of what I want to do in the future involves a public melding of my desire to work in political organizing while more than just being a neopagan witch, but "normalizing" all people who are openly being witches, including mylself, to the greater public.

Because of the importance "religious freedom" has in our founding documents, I think I have to adopt this terminology in order to get others to see that accepting neopagans, witches, earth-based spiritualists, etc is a fundamental imperative in a democracy.

The Weight of a Word

However, I also have an aversion to the term "religion." Part of why I love being a witch is that, to my mind, in this spiritual path there is none of the negativity and dogma associated with religious institutions. But sometimes you have to take on the language of the oppressor to change the meaning and power of their words; I think that's what I am considering doing in this sense.

Defintionally, "religion" has a negative connotation for me, and many others, because many religious institutions perpetuate so much of what I stand against. However, I've also been thinking about how much weight a phrase like, "it's part of my religion to..." or "it's against my religion to..." especially in the US, where "religious freedom" is so fundamental to government, that it is written into the Constitution.

Shifting the Mindsets of Non-Neopagans

On a personal note, I don't feel like my own spiritual practice is taken in earnest by others in my social circle, because it isn't backed by a religious structure. Using the language of the social structure that exists, and calling my spiritual practice, "my religion" when discussing it with non-witch people, I hope underscores the earnestness in respecting it that I don't feel it currently has when I discuss it with others.

I see this adoption of the language of the social structure as useful in other respects, too. Since I do not believe in the Abrahamic "God," and I don't believe that deity should be referenced in official governmental settings, I do not recite the Pledge of Allegiance. While I can and should be able to object on the ground of my second point about the mention of God in government settings, if I say, "it is against my religion to say the Pledge of Allegiance due to the mention of a deity I do not believe in," well, the way things are set up around here (waves vaguely at entire country) that has a lot more clout, than, "None of us should be asked to mention God in this context."

Coming Out of the Broom Closet

As with so many instances when it comes to operating outside of the straight white male christo-fascist hegemony, I am fortunate to be in environments where the people around me are more accomodating than the wider-world of these subversions. When my sister came out as a lesbian, no family members, even in the extended family, batted an eyelash. We were all more like, "I'm glad you've finally realized who you are and felt comfortable telling us." As I surreptiously started coming out of the broom closet, I haven't encountered much pushback against it. There hasn't been a gasping, fainting rejection, or ignorant comments about satan worship. But I am cautious about who I am blatantly open with my neopagan witch status. You never know who will misconstrue and say something insulting and incediary.

Unfortunately, though, as I've witnessed in a lot of the discussions on witchy Facebook groups, there are a lot of terrified people who are deep in the "Broom Closet" for fear of their family and neighbors' reactions to their witch-hood. While we witches do not believe in things like satan, sin, or hell, fundamental so-called Christian certainly do, and still these days, attribute the likes of my earth-based spiritual practice as something that is attributed to such things.

In order to innoculate ourselves from the discrimination closeted witches fear, if we start calling everything under the umbrella of Witchery a "religion" for the purpose of making it easier for non-witches to accept this practice, and to make it, perhaps, easier for other witches to come out of the broom closet as part of their fundamental right to "religious freedom," I think it is worth pushing the boundaries on the word.