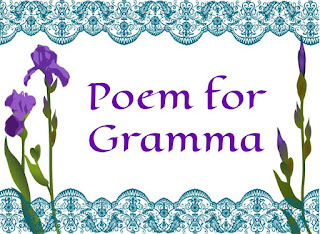 Day 14 - A Poem for My 90 Year Old Grandmother, After We Video Chat

My grandmother is ninety years old. She has lived in San Francisco since 1989. For her birthday this year, she got a device for her television so that she can videochat over FaceTime. That's right--she learned to FaceTime for her 90th birthday. Yes, she is as spunky as she seems by the sound of thisanecdote.

Last time we chatted she went on a rant about prejudices and Frumpypants. "I don't care if you're gay, straight, black, white, trans, or whatever, and so on and so forth, you should do whatever you want to do."

Don't EVER let anyone pull the "that's how that generation was raised," card on you when making excuses for hatred and bigotry among older people. My grandmother, Gramma we call her, is proof that that excuse is BS.

The Cure
for Gramma Eileen