Way Ahead of His Time - and it saved me - April 15 NaPoWriMo - Note: CW, sexual harassment 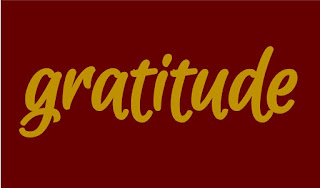 NaPoWriMo Day 15 - Gratitude and Remembrance for My High School Principal


My high school principal died at the end of the month in March. I did not have much interaction with him, but I am grateful to him as a school administrator, for one particular incident as a student during his tenure as principal. You can read Principal Steele's obituary here. It chronicles many important accomplishments as a school administrator in a community that was, and many ways still is, fraught with many issues.


One thing this obituary doesn't discuss was Mr. Steele's extremely progressive and extremely serious views on sexual harassment of his students. He did not tolerate it. And it saved my school experience in a way that even all these many years later, I have a hard time thinking about, because it is painful. But I want to emphasize this: decades before the ubiquity of the Me Too movement, this school principal was way ahead of the forward-thinking curve on the issue.

Way back in my 10th grade year, from October until March of the school year, I was being harassed by a group of 12th grade boys. Every school day, as I walked by their lunch table to get to my lunch table, they said extremely inappropriate things to me and bothered me in other disturbing ways. Why? I have no idea. Who can explain the behavior of high school boys. I was, I will say, very pretty and I did not look my age back then. I looked a lot older, and I had dated guys who were older (still in high school, but upperclassmen), which happens when you look and act older. I also was--to put it flatly--"interesting" and "artsy" in a town where, as I like to put it, banality goes to thrive. Jocks ruled the school, as they stereotypically do throughout secondary education institutions around the country. Choir girls who wear funky vintage clothes, write poetry for the literary magazine, love indie chick rock, and aren't afraid to hide their liberal feminism were then--just as they are now--the target of those whose fragile, toxic masculinity cannot bear to be challenged. And so, I suppose, that is why I was the target of months of sexual harassment from that quarter.

One day, though, the light bulb went off. They had escalated their rhetoric and harassment, for whatever reason. That is when I realized that sexual harassment was the term for what these little assholes were doing to me. That was the name for it. I had done a research report the year before on Anita Hill. (Because that's what teenage feminists do in 9th grade!) I volunteered as a peer mediator. I knew the concept in abstract form, but for whatever reason, it took that long to realize that was what was happening to me. Then it took a little bit of time to figure out who to tell and how to handle it.

In fact, I did not tell the principal. I went to one of my peer mediator teachers, the woman who helped run the group. I told her. She was amazing, I tell you. She was fiercely protective and supportive of me. She laid out all my options and let me know that every decision was up to me, with the focus on my comfort and my safety. But she told me, and she told the perpetrators the same thing: our principal had a zero-tolerance stance on this issue. The wrath they would receive if I brought my case to more formal procedures would mean serious consequences for them -- no sports, beyond that explusion, maybe even criminal procedures, if I wanted to pursue that path. In the end, I just wanted what I'd always wanted: to be left alone. I said as much, and the school counselor let them know that they were fortunate that I was willing to let it end there. She said she would be monitoring the situation and checking in with me often. And if any of them broke their word that they would stop, that was it--with my consetn (which I was prepared to give), they'd go into formal procedures.

After that meeting, not only did they leave me the hell alone--they didn't even talk when I walked by. They were completely silent for the first couple weeks. It was a powerful, empowering reversal of circumstances. I can't even begin to think of what the rest of that school year would have been like had I had to endure their behavior any longer than I did. I mean, right now, it's been so long, and it still upsets me to tears thinking about it. Imagine if, in the mid-90s, this principal had not taken such a progress stance? What would I have lost? What would I have had to endure? How much further would it have gone? These are question I never had to ask myself, thanks to the zero-tolerance culture that this principal had fostered.

When these situations come about, it takes a lot of parties to have any sort of semblance of a positive outcome. First, it takes courage for the victim to raise her voice, and I am very proud of 10th grade me for sticking up for herself. But it also takes those in power to listen, believe, and care about ending/preventing the situation as well. I am very thankful Mr Steele was one of those people in power who cared. It taught me to use my voice. It gave me courage and fortitude for future circumstances, and the hope that postive outcomes--creating a safer and better community--was possible if you speak up. It's a lesson that obviously has stuck with me, well into adulthood, well into new times of reckoning.

And that brings me to today's poems for the day. They are three that were previously only hand-written. I've typed them up as part of my Ultra Mega Super Duper Extra NaPoWriMo:

The Image of Saint Veronica

They shout with me
Loud, unabashed

Of damage
Of degradation
Of deprivation

And the true true image
Is bared

I cry out
I cry out

So you can hear me
So the true image

The chaos of so many sounds becomes
A chorus, a cacophony
A modern composition where
Tolerance for dissonance
Is stretched and witnessed
With mixed feelings.

Giving freedom from the Ionian
Of all the white-haired composers

From the marginalized abyss