Feminism, Activism and Harnessing Your Talents for a Good Cause 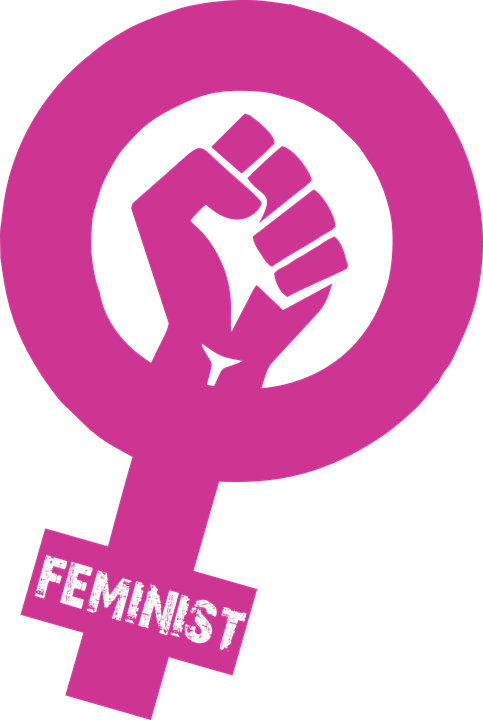 Days of Our Bylaws: What I've Been Doing Instead of Blogging

Vintage Bridge has been pretty quiet lately, you may have noticed. This is for a number of reasons. First was this past summer. As noted here, I was one of the organizers of a protest against the human rights violations perpetrated by the current administration against immigrants and migrants seeking asylum, especially the incarceration and separation of children from their parents. Fighting against people jailing babies is a good reason to pause work on an arts and culture blog, I believe.

But also this summer, as has been my fortune for the past three years, I was one of the organizers of the Boston Poetry Marathon. It was at a new location this summer and was really really fantastic, as always.

After such a busy summer of activism and poetry planning, I decided I needed to scale back for the Fall, which I sort of did, from about mid-September to mid-October. Then, a vacancy opened up on the Rhode Island Democratic Party Women's Caucus Executive Commitee. I'd already been pretty busy as the Communications Chair for the Caucus. And I still am. However, I am now a member of the Executive Committee as the 2nd Congressional District Representative. And my, is it keeping me busy as of late!

Here's What I Mean by "Days of Our Bylaws"

To an outsider, it appears that Rhode Island is a True Blue Democratic state. However, upon closer inspection, things are not as they appear. Just because an elected official has a "D" after their name, does not mean what the average person make take that to mean. While the Democratic Party National Platform holds many noble and great ideals, many of the party leadership in the Rhode Island state Democratic Party do not.

I'm talking A-ratings from the NRA. I'm talking personally and politically Anti-Choice policies and beliefs. I'm talking suppressing legislation aimed at protecting victims of sexual abuse, because they are so in the pocket of the Catholic Diocese. Yes. It is that bad.

Additionally alarming are the tactics and practices that subvert small-d democracy. Any given Speaker of the Rhode Island General Assembly holds way too much power, and has the ability, should they choose, to abuse it. And in the current cicrumstances in the state, no opportunity to exploit this concentration of power goes unused.

The latest abuses of power come in the form of the newly proposed Democratic Party state bylwas. As I noted above, I am an active member in the RIDP Women's Caucus. We are a very active group. In the past two years are membership numbers have gone from negligible to 500+. Over 40 of our Caucus-supported elected officials have won office. We partnered with many allied organization and helped pass legislation that would protect reproductive health care rights, regardless of what may occur at the federal level with the current SCOTUS. We're an energetic and enthusiastic group within the party. Normal party leadership would cheer such involvement, but we don't have normal leadership.

Instead we have men who make their misogyny well known by drafting new bylaws that would dminish any clout the Women's Caucus has. The new bylaws would: disallow caucus to form a PAC, force Caucuses to give any money the raise to the State party, not permit official support of candidates the State party did not endorse, not let Caucuses create their own bylaws, and--the creme de le creme of autocracy--not allow Caucuses to issue statements or press releases without the permission and consent of the state party. That's right. Caucuses could not make public statements without the permission of the State party. Given that state party leadership are essentially mostly men, and its most active Caucus to whom these new bylaws are aimed are women, you can see the inherent misogyny in such proposals.

This week, the RIDP Women's Caucus sent out a press release followed by an announcement on the future of the RIDPWC. In those documents, we articulated our grievances with the state party over the proposed bylaws, and what we plan to do in response. You can read the press release here. It breaks with the traditional form of a succinct one-page announcement, due to the special circumstances. The announcements on future plans for the Women's Caucus are available here.

So, as you can see, I don't really have time to blog these days, because I am the one who is editing, producing, and distributing those soon-to-be forbidden public statements of various forms, from the Caucus. As the Chair of the Communications Committee, I spend a lot of my non-work week working on newsletters, press releases, statements, Tweets, and Facebook posts. As an Executive Committee member, I attend the EC meetings, as well as the General Meetings. As noted, we're a new group, so I also have been working on a policy and procedures manual for the Communications Committee, since we want to leave behind enough materials for whomever takes over next. Then, sometimes, when the fires have been put out, we even get time for special projects, like profiling our Caucus-supported elected officials, though with so many imminent things to attend to and only a handful of actively involved Communications Committee members, it's hard to get to special projects. Nevermind my own personal blogs.

My Plan for Vintage Bridge: Arts and Culture Notebook

My ambitious hope for myself and this online arts and culture notebook was to get an average of 8 posts a month posted. Sometime I met that goal. Sometimes it was more like once a week instead. Of late, I notice it has gone down to two a month on average. I'm coming up on the busy season at work, and I am someone who struggles with my energy levels this time of year due to Seasonal Affective Disorder. This, along with the demands of the Women's Caucus, make it so that I need to reset my goals for vintage-bridge.com for now. As much as I love keeping this website and creating the posts, it's not something I can dedicate too much time to. I will hope for 2 posts per month in November, December, January and February and be pleasantly surprised if it turns out I can do more. But as you can see from the contents of this post, my efforts are very much needed so I can help with building a true democracy in local government, and at the federal level after 2020. (I have a planned post for my Presidential pick and why I'm working to make her the next president. Hope I can get to it by the end of the month!)

So, here's post one of hopefully two for this month. In the meantime, please enjoy the years and years of archives from this site, and my old blogs, which are also housed here!