The Biden Thing - On Bodily Autonomy 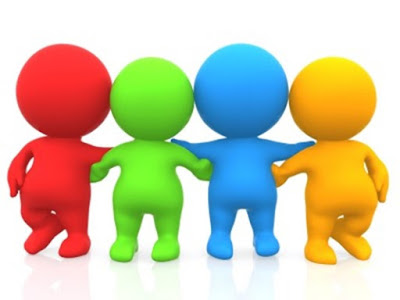 You Have a Right to Bodily Autonomy, No Matter Who Is Trying to Touch You

I'm a hugger. I love hugs. I love signs of affection. I love kisses, patting heads, pinching cheeks, and all that auntie stuff. That penchant of mine has not dissipated one bit throughout the years, even though a while back, I implemented for myself the rule to always ask first.

It's pretty simple. It can just be one word, "Hugs?" And if the person says yes, hugging commences. And if no, then okay. Some people might have a cold, might not be in the mood right then, or just might be averse to touch in general. So it goes.

When I worked with elementary school students, it was important to make sure I modeled correct behavior. "No run-by huggings! Ask first!" I'd say when an adorable 2nd grader would blindside my hip with the side of their cute face. I'd gently extricate them and say, "Let's try that again. First you say..." And they'd ask for a hug, and I'd say yes, and a comfortable and confirming side hug would commence and all parties were happy, safe, and well-respected.

The Lesson to Learn in This Political Moment

Vice-President Joe Biden has long been known as a literally touchy-feely person. Some of this touch was welcome and soothing for the recepients. Sometimes, though, it was not. Does this mean he should be disqualified from running in the 2020 election? I don't think so. I think this is just a good lesson for people to learn, especially people in a position of power, of how their behavior affects those they interact with. I haven't seen the video Biden recently released on the subject (as of April 4, 2019) but the news reports indicate he has acknowledged that going forward he needs to do things differently, in order to make sure he has the positive effect he wishes to have. I would welcome an apology to go along with it. But this is a good start.

You Matter - No Matter What Others Indicate

The real trouble I see in this political moment, and why I feel it warrants a blog post for posterity, is the effect the rhetoric from Biden defenders has on those who have had similar experiences to the women who've come forward about their negative-feeling interaction and unwanted touch from the Vice President.

This is Just to Say

I posted this on my personal Facebook profile, but I want it to have it said here, too, in my Arts and Culture Notebook:

If you're someone who experienced unwanted touching from a person with power, a person who is perhaps well-liked in your social circle--however wide or small that circle is--I want you to know that your feelings of violation or discomfort or whatever negative effect it had are valid feelings. I can easily imagine the amount of people who can relate to the women in the stories about Vice President Biden, and how every outcry about their speaking out from presumed allies on the left may pain them.

You have a right to bodily autonomy, to consent to being touched, and to feeling safe around others who hold power. Your feelings and your safety matter. You matter.


We have all made mistakes, or been well-intentioned but still done the wrong thing. What matters is how we handle and acknowledge those things. The same applies for the Vice President, for you, for me, for anyone and everyone. This doesn't have to be a devisive issue. So long as people's feelings are validated, not ignored, and those who've done the bad acts--so long as they're known to typically act in good faith--acknowledge the bad acts and pledge to do better, that's as good an outcome as we can get.

On social media I've seen a lot of people who say things like, "she didn't mind it when Bernie touched her on the shoulder, " or "they're only speaking up now because it's political," or, totally worse, "Me Too has gone too far," and these are the least helpful things to say in such cases. I hope it's mostly just a bunch of bots, but unfortunately, I know a few are coming from some genuine accounts. That's really an appalling reaction if you ask me. I wish those people would stop. They're worsening their cause, not helping it.

It's important to maintain our values as we fight to put in power those who we expect to uphold them.