Epistles to Ikea: Creative Use of Products to Build Vertical Storage Space


These series of letters to Ikea, which I called "Epistles to Ikea" were part of an ongoing series from my old old old blog "In the Pines" (c2005-2009). I would write to the store about my fun little adventures with their products.

I wanted to write about the second-to-last times I came to visit. It was so fruitful!

It was during February vacation. I was cleaning my room and trying to figure out how you could help me with my small living space issues while watching General Hospital. (Mais bien sur!) GH ended and on came Oprah who did that day's show with Nate, which was, rather serendipitously, about living in small spaces featuring products from---YOU! (Mais bien sur!)

It gave me some good ideas, particularly about "going up" for storage space--using veritcal space rather than horizontal space. Also, finding multi-functional pieces to use; like Transformers, only instead of cars to robots, it's table to desk.

I took some before and after shots. Just click to enlarge the photos.

Here's my bureau before: 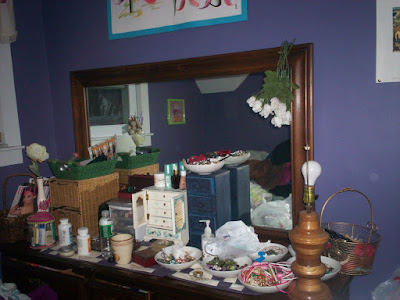 Here's my bureau after: 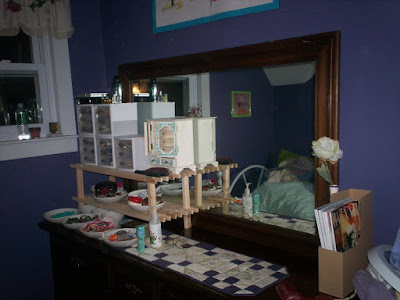 Those are shoe racks that I used instead as mini-shelves in order to "build up" for storage options. The magazine holders are 2 for $.39 and I use them for everything.

Thanks again, Ikea, for your brilliance.