If a Career in Journalism Hadn't Seemed So Perilous... 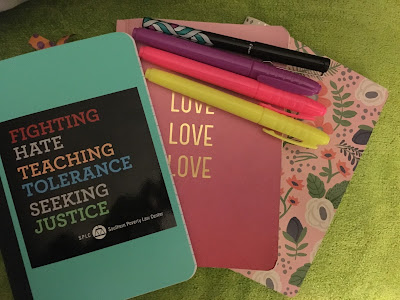 
This fall I set a challenge to revise or post new content on Vintage Bridge for every other day of the season. One thing I revised and reposted were my old articles from my university newspaper, The Maine Campus. In 2006 I considered returning to my alma mater for my master's degree. I enrolled in just one course, to test out whether this path would be the right one. While taking that one glorious graduate class on the French Symbolists, I also took up my old post as a contributor to the Style and Arts section of the paper. Though I enjoyed being back at UMaine, I realized that I was in need of a new experience, so I only spend on semester there as a possible grad student. Still, I learned a lot, as always, including that I loved writing for the paper.

Journalism and the 2000s


Not only did I really love reporting, I had a talent for it. As I re-read those articles, I was impressed with 20-something year old me. I had a clear voice in my work. I loved what I was doing and it showed. My style was impressive. I was thinking, as I reposted these pieces of mine, why didn't I pursue this further?

Part of it was I saw how my bestie struggled in her broadcast journalism work. Early shifts, dodging or not quite dodging moose on the highways of Maine at 4am on her way to the station. And other friends in the journalism business, who were getting cut left and right, as the last one in, first one out method of staff trimming started percolating for journalism. It was--it is--based on a model of revenue that is unsustainable, and that was as evident in the late 2000s as it is in the late 2010s. Add to that the Great Recession with even more retrenchment, and so I did not pursue journalistic writing any further than what I did in college (and a brief attempt to write for a small arts and culture online magazine called the Malden Muse, covering Malden, Massachusetts; I had one feature article but it was hard to get up to the North Shore while working three different jobs in the South Shore and being in grad school...)


All this is to say, I concentrate a lot on poetry, but I really enjoy writing for Vintage-Bridge.com. It's been a year since I started this site. I love having a place to post about my arts and culture interests. With this in mind, I plan to concentrate on writing here as much as I do for poetry. Both make me very happy and I like having both a prose and poetry platform for my writing and creativity. While a career in arts and culture journalism is not really feasible in times like these, running my own independent website on arts and culture is. So, I'm grateful to my brain for thinking this up a year ago last February. I don't know if I knew at the time how much I would relish having a space like this to take up what I put on a pause a while ago.

Happy anniversary, Vintage-Bridge.com! And thanks to everyone who reads this site!