What Do You Call the People Who Are in Gen X/Millennial Label Limbo?

This graphic up there puts my age group squarely in Millennial, but there are a lot who put me as a young Gen-Xer.

I don't feel like I fully belong in either! There've been some fun-to-read pieces on this "microgeneration" who sit on the cusp of either Gen X or Millennial, and interesting monikers for us, too.

"Generation Jordan Catalano" is one, in reference to the short-lived but much beloved TV series "My So-Called Life" starring Claire Danes. So beloved, I think, because it captures that time period for those who were in high school/middle school during the height of the Alternative Music Grunge Era. Gen X is the most "Existential Crisis" of Generations. To be a teenager during the hey day of such malaise among the people slightly older than you is to double down on the Existential Crisis that is Teenagerhood. MSCL captured that "ugh"-ness of the time and the phase of life for all teens so very well. Too bad Jared Leto turned out to be such a damn creep after all that. And that the show was cancelled before Jordan became fully literate. (Spoiler alert!)

Another popular name is "The Oregon Trail Generation," in reference to the ubiquitous computer game that was loaded onto the early generation Macintoshes and PCs that were available to use in the corner of our classrooms. You see, we had this new computer technology growing up--but it wasn't advanced, and it wasn't as invasive as it is now.

Of all the microgeneration names I've heard, the most popular is simply the portmanteau Xennial, combining Generation X with Millennial. But on my Facebook page, I've had a running series of much more interesting possible names for my Cohorts on the Cusp.

This will be updated periodically, as inspiration strikes.

I have been keeping this naming of my microgeneration going on Facebook for years now, and it always generates so many responses. It is a memory lane people get a kick out of strolling down.


When Carrie was dating a 25 year old and played pansexual spin the bottle then made out with Alanis Morrisette, she called the 25 year old a different generation than hers. That guy would be 45 today...so actually firmly Gex X, according to today's measures, but not to Carrie's. And I was four year's younger than that supposed age of her bisexual boyfriend, so way not of Carrie's firmly Gen X generation. Meanwhile, Lena Dunham's "Girls," a series about 20-somethings aired while I was in my early 30s, so their life experiences were a tiny bit "young" for me--although being single and living in a city, with roommates in their 20s, I could relate to a lot of their experiences nonetheless. Regardless, people in my age group never got their women-in-NYC HBO series to identify with!

Generation "You Have a Collect Call from:
"moviesovercomepickmeupatthemallthanks" =click=


This was made into a Geico commercial, but it was in existence as a commercial only because this was a legit phenomenon. Those collect calls were expensive AF. Much easier to use your 10 second "name" as the directive and hang up before your parents were charged the $2 for the call.


I did go to Lollapalooza, but I was a tiny baby there. I didn't drink or do drugs, either, which would explain why I can vividly remember Ben Shepherd and Chris Cornell being but one dude in front of me at the Vermont '96 show. Also I had to crowd surf out of a mosh pit during the Beastie Boys show in Rhode Island in '94. And I lost my shoes. Ahhh. Memories.


As with most things beloved from our 80s childhood, they've remade She-Ra. I haven't watched but I heard it's pretty great, so I'll bank that for a Netflix binge someday, after I'm done listening to all the Frump Administration podcasts I'm currently addicted to.

Generation "I Know You Are But What Am I?"


Remember when Pee-Wee Herman's career came crashing down because he was caught doing naughty things to himself at a pornographic movie theater? That was so weird, but why were we surprised that Pee-Wee Herman was weird? His couch talked to him. Like, what did we think? Also wanking in public isn't a good thing since anyone who sees it hasn't consented to doing so, but otherwise, IDC if someone wants to watch porn. Anyway, that show and those movies are still quality programs. And that comeback, "I know you are, but what am I?", was an excellent take down for bullies. Maybe the Dem nominee for prez should just tweet that back to Frumpy once the general presidential election gets underway (presuming we have one and don't fall completely into autocracy by then).


This is in reference to a short-lived show on Fox Network. Parker Lewis wore silky rayon button-up shirts with hideous patterns and bright colored matching Francois Girbaud and Z Cavaricci pants, which were all the rage for boys in my 7th and 8th grade years. He was kind of like Ferris Bueller, in that he was sort of popular but sort of too cool for everyone, if I remember correctly. My Seventeen Magazine issues from the time raved about the series. I really liked the show as a kid and was sad it was cancelled. I don't know what ever happened to the actor who was the main character. He kind of disappeared, it seems.

Generation We No Longer Call Condoms "Rubbahs" (for Massholes only)


I cringe so hard when I hear people refer to condoms as "rubbers." And I could always tell who had older siblings from the people my age, because they would also use that word for profilactics. Meanwhile, those of us who were educated on safer sex practices first from school, instead of elder brothers and sisters, knew that latex condoms were the only barrier we could use to make sure we were as safe as possible in engaging in sex when it came ot the HIV/AIDS epidemic. We knew lambskin and any other barrier material was inadequate in helping with prevention of the STI and incurable disease of AIDS, so we knew that "rubbers" or "RUBBAHZ" as the Boston-area "truly Gen X" Generation Xers called them, was a misnomer.


Fucking ouch. These things hurt if you slapped them around your wrist too hard. As a fidgeter, I quite loved unraveling them and re-bending them, either around my wrist, into my fingers, or in a regular circle. I had a tiger print one. They came in all colors and patterns.

The generation that asked
"No, seriously where the f*ck IS Waldo?!?!
Is he not on this page???"


Didn't you hate when he wasn't on a page??? You'd spend so much time trying to find him and he wasn't even there. But my were these books great for when you wanted to pass the time in a car ride, or in the classroom during Sustained Silent Reading, and didn't feel like actually reading words. I must admit, also, that Waldo is sort of a romantic trope for me. I have dated more than one guy who could justifiably be compared to him. Skinny, dark hair, and dark rimmed glasses? Yes, please.

I loathe raisins with every fiber of my being. Wait. Hang on. I like them all by themselves. I am fundamentally against them as part of desserts though. Some people don't believe in Communism, or ghosts, or Jesus. I don't believe in raisins in desserts. And this BS not-actually-healthy healthfood candy poser invention called "yogurt covered raisins" is the worst abomination of all desserts with raisins in them. Dis-Gust-ING!!!


Mine was purple with a palm tree on it. I only had the one. How about you? This invention is kind of great, to be honest, because it helped from having your over-stuffed binder explode everywhere if it fell out of your overstuffed tiny locker. I think my traveler's notebook bullet journal is like a next generation trapper keeper, if you will. Anyway, Trapper Keeper, Lisa Frank, Pilot Pens, Mechanical Pencils, Sanrio Stationery--I'm in love with the school supplies of my youth, and will always remain so.

The Generation Who Reeeked of Cucumber Melon in Their Late Teens

This cloying scent was ubquitous. In theory it should smell quite nice: airy, light, fruity. In reality, so often it just lingered in teh air and prickled you nostrils in a pungent synthetic way that wanted to seem natural but way way way missed the mark. 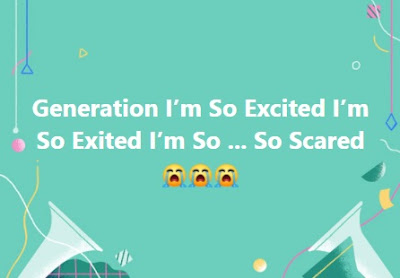 One iconic Saved By the Bell episode has an overwrought Jesse Spano taking "speed" in order to keep up with all the demands of the Perfect Princess. I do not make light of the phenomenon that continues to plague overachievers to say yes to everything. I am still suffering from it! What is perfectly acceptable to laugh at is the line I'm quoting here. When Jesse was coming down off her high and weeping in the arms of her bestie Zack Morris, we witnessed the stellar acting chops that landed Elizabeth Berkeley her role in the legendary classic, "Showgirls." It was the best of the worst of terrible acting, and every Xennial knows this line like the back of their hand. 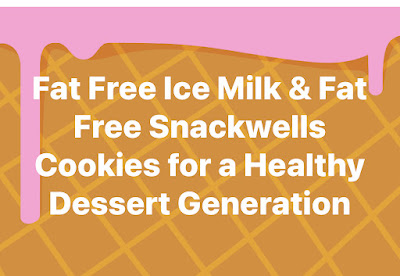 Before carbs and high fructose corn syrup became the anti-health-food du jour, it was FAT that was the biggest enemy. Therefore, in order to have a "healthy" dessert, you would eat fat free food, which was full of processed food, carbs, and sugars--including high fructose corn syrup. But hey! No fat! Must be healthy. What the entire? Not only was it not healthy, but it was also disgusting, for the record. 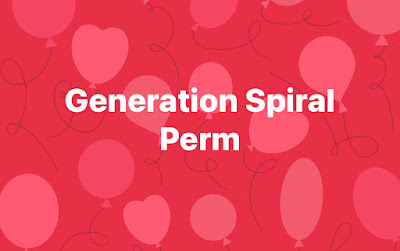 We used to perm our hair. Like make it as frizzy-curly as possible. Nowadays I think only significantly older ladies do this to their hair. The "perm" phenomenon was of out fashion by 2001, nonethless the fact that Linda Cardellini's character got one on the day she murder her father (oops, spoiler) was a major plot point for the movie "Legally Blonde." Cardellini's character seemed to have a traditional perm. Those were less expensive. The spiral perm was twice as much money and used long plastic rods to create the curls, rather than traditional curlers. It may just be me, but I still think the curls from a spiral perm as super pretty. I never could afford that treatment on my hair, though. For reference, see early Mariah Carey pics; that TV show, "Felicity," or google "Noxema Girl." Nowadays the curls are labeled "corkscrew." I think that type of curl will always be pretty.

That's all I have for now. If you have further suggestions, I'd love to hear yours to add to my "Not Gen X, Not Millennial Microgeneration Name" list!
artsy stuff culture gen x humor millennials Pop Culture silliness xennials