Strawberry Moon Declaration: I Am a Pantheist Neopagan and I wholly and fully repudiate the religion I was baptized under 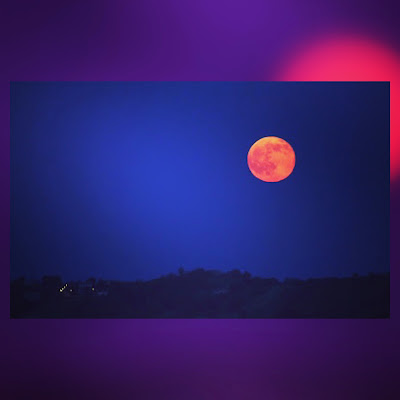 A Declaration for the Strawberry Moon: My Spritual Practice is Neopagan

For today's Strawberry Moon 🍓🌝❤️ I declared my un-baptism from the Catholic Church, on the website notme.ie 🇮🇪 Joining and declaring your apostatehood on that website is only symbolic. Canon Law makes it really difficult to remove yourself from the official tally from the Catholic rolls. But on today especially, with the announcement of Justice Kennedy's retirement, I want it shouted from the mountaintops, or at least all over social media: I am not Catholic.

I am a pantheist: I believe there is a spirit in all living things. I am a neopagan and I observe the Celtic earth-based holidays. I don't think magic is a hocus-pocus imaginary thing, I think it's often science intuited and not yet proven. "The myth is proof of fact." Further, and most importantly, I believe that if you harm none, you can do as you will.

Whatever good the social justice work done by factions within Catholicism is moot. While I will always have an affinity, admiration, and love for the legacies of certain figures within Catholicism who have informed much of our current notions of justice, equality, and love, such as St Francis of Assisi and my namesake St Brigid of Kildaire, they and their likenesses have always been outliers of the institution of the Catholic Church. The church itself chose to focus more on hate: for women by being anti-choice, for children by enabling predatory priests, for the LGBTQ community by focusing on Augustinian & Thomistic notions of sexual activity sanctioned solely for procreation taking precedence in Church doctrine and politics over, "Love thy neighbor."

I am not Catholic, and I denounce the Catholic Church, and all anti-choice entities--religious or otherwise, for focusing vehemently on the politics of a woman's right to choose what to do with her body, over all other concerns; for bringing the very real impending threat of the end to this democracy that has brought--along with the bad--so much of the good we have in this world.

Consider this a schism. Consider me a heretic. Consider me an apostate, wholly and fiercely repudiating such a loathsome, hateful, destructive institution.

I love this earth. I love justice, equality, and freedom. I am a pantheist neopagan. That alone is my declared spiritual practice.

It is so ordered ⭐️