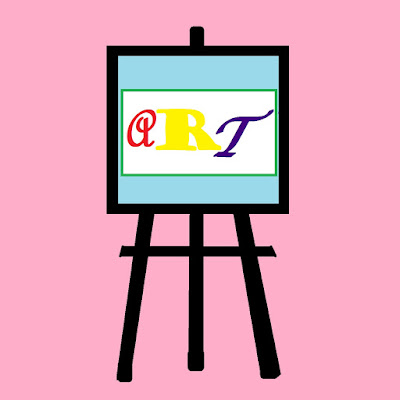 The folliwing is an old article of mine, reposted from The Maine Campus

Sitting down to interview six of Orono’s artists all at once is a daunting task, but it is also exhilarating. That’s because these six artists are all friends who enjoy and appreciate each others’ work and ideas. They share those ideas freely. I met them one evening after viewing their work, a collection called “Small Movements,” which was exhibited at the Harlow Gallery in Hallowell last month.

Heather Jovanelli, a 23-year-old art and English major, started things off because she had this pressing question running through her mind: How much of art is planning and how much of it chance?

“If I have my camera and I see something cool,” she said, “then I reach for my camera and take a picture. But I can’t plan for that. It’s reflex and planning – you take the picture because you have the equipment.”

Nathan Allan Stevens, a senior with a double major in fine arts and new media, responded first. “The flaw in the plan is the drive in the fulfillment factor. It can’t be regimented tightly.”

“They’re so much fun though,” Stephanie Raddish countered. Raddish is a 2005 graduate of UMaine with a double major in art education and studio art and a minor in art history.

Paul Brandt, a 23-year old interdisciplinary major said, “I think it’s somewhere in between.” This comment received a general murmur of agreement.

Jovanelli concluded by suggesting that perhaps it was “reflex in the foreground and planning in the background.”

We then moved the conversation to each person’s individual work exhibited at the gallery.

“Untitled I” is a mixed media piece on a large canvas using oil paint and paper by Parks. The paper was taken from a dictionary and a physical fitness training guide from the 50’s . Multiple images and scenes are represented on the canvas, including a castle juxtaposed with a shanty town, things floating in the sky and a man representing a lighthouse, with light beaming from his eyes. The piece also had many paper cut-outs of light bulbs. This was remarkable because actual light bulbs were featured prominently in Allan Stevens’s sculpture titled “Untitled Idea 173.” Though the two are roommates, they swear they didn’t purposely have similar motifs in their work. In addition to the sculpture that Stevens created, the other pieces of his exhibited were industrial in materials and representations, including a photo titled “Meter” showing a series of kilowatt-hour meters.

“I think the work is kind of a reflection of a mechanized world,” Stevens said.

Jovanelli had a digital photo titled “Slip Streamin’ a Reefer.”

“The title came from the guy who framed the photograph for me,” she said. The term is from the sixties. It means tailgating and is appropriate since the photo is of the back of an 18-wheeler truck. The photo features the crisp lines of the cargo portion of the truck and the perfectly linear horizon in the background. The blur of a tree peeks out in the bottom corner. “I kept the tree there so people would know it was really on the street,” Jovanelli said.

Stephanie Raddish’s piece “Burning Bridges” was a metamorphosis of another project of hers. It was the culmination of the bitter end of a relationship with someone from college with whom she regularly corresponded through letters. “I allowed myself to get angry, gathered all of her mail and set it on fire.” This destruction was a performance piece in 2003. Some of the resulting ashes and half-burned letters were gathered into a black box with a glass cover.

Bryan Berge’s “Fractured Pixel Study 1-3″ could be classified as digitized Josef Albers. He felt that was a fair and complimentary assessment. “A lot of what I do is process. With that it was a study of a broken computer screen from a laptop. The pictures are all variations of motion and light passing through the screen.” The resulting picture, captured with a digital camera on a macro setting, created a white image with a vertical prism.

“As a Chair” from Paul Arnaud Brandt was arguably the most captivating part of the exhibit. A white wooden chair sits on a pillar in a glass case. Connecting the chair to the tiny video above it are wooden representations of “thought bubbles” seemingly hung in mid-air from the frontal view, but in fact bolted to the wall with metal posts. Surrounding the small video is the “large thought bubble.” The video plays a loop of the wooden chair moving around the pillar. It looks like a claymation movie. The young girl at the gallery while I was there spent the bulk of her time observing it. This is fitting considering Brandt’s explanation of his creation.

“When I was younger, when I think your state of mind is most creative, I thought everything was alive,” Brandt said. Remembering this inspired him to create “As a Chair.”

These artists have different exhibits going on around campus, the state and the country, so keep an eye out for their names.
art artists artsy stuff commonplace book old articles umaine art exhibit