The following is a repost of an old article of mine published originally in the Maine Campus, University of Maine's campus newspaper. 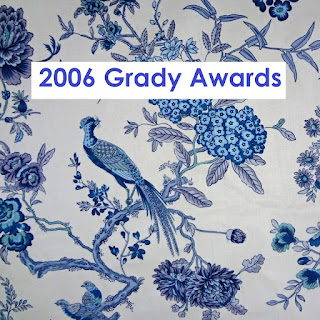 This Thursday at 4:30 a.m. in the Soderberg Auditorium, the New Writing Series Spring 2006 season begins. Since the fall of 1999, the New Writing Series has enhanced the cultural oasis that is Orono with more than 130 writers. Past guests include the late Robert Creeley, poet and activist Amiri Baraka and the irreverent Bernadette Mayer. Thursday’s event will feature this year’s Grady Award Winners.

The Steve Grady Award for Creative Writing is presented annually to undergraduate and graduate students at the University of Maine, according to professor Naomi Jacobs, the awards coordinator for the English department. This year’s judges for poetry were professors and poets Jennifer Moxley and Constance Hunting. Retired professor Elaine Ford, a novelist and short story writer, judged the fiction submissions.

This year’s winners were all English majors, but any student may enter the contest.

“I like to think of my piece as a snapshot in time, a day in the ‘New England’ experience,” said undergraduate Abby LaPlante of her first-prize-winning short story, “There’s No Cure for Stupid.” Jason DiGioia won second place in the undergraduate fiction category for “Her Purple Mittens” and “One of Those Things.”

Graduate fiction first prize recipient Eric Miller won for his short story, “How I Got Punched in the Nose For Sticking My Face Into Other People’s Business: A Memoir.” Second prize went to Jim Hain for “I Am The Rain.”

In poetry, Erin Woolley was the first prize winner in the undergraduate category for “Passing Down Corinne, and other poems.” “Essentially my greatest love affair is with the language,” said Woolley of her poetry. She also said that Melissa Lewis, who won second place for undergraduate poetry this year, has been “a constant source of encouragement, help and a person to share ideas with.”

Graduate student Eric York won first-place for “Western Poem,” which he describes as, “a short poem written on the occasion of seeing a photo of some prairie lands in Kansas or Nebraska or somewhere.”

Second Prize went to Angela Januzzi for her poem, “Idou.” Januzzi says she is just warming up to poetry. “It’s like the stepchild I never realized I have so much in common with until she’s grown up.”