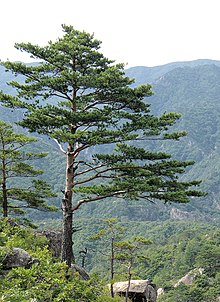 
Well, here I was thinking I was so clever back in 2007 to set out writing love poems to the State of Maine and calling it "To Dirigo." So original of me, right? Since that is the state motto. But guess what I discovered a year later (after millions of revisions)? I'm not the only one to have incorporated the antiquated word into a poem:

Open water facing Bradbury snags fog in its spruce.
Eagle has a meadow down its spine;
Compass, a cave; Scrag, five trees.
On Dirigo, apples hang down into raspberries;
nearby, a lilac. Many remember
its old name, Butter, though Little Spruce Head
only one man still call Frenchman's.
Birch-pale Beach has a chapel,
Bear has sheep. On others:
seals, butter-and-eggs, cellar holes.
From here we see them all, and more,
and the Camden Hills, Mount Desert, Blue Hill, Deer Isle
and ocean facing Isle au Haut
where the breakers roll stones to cannon balls.

[side note: I have "Penobscot" in a title in that "To Dirigo" series too, though that was a deliberate subtle homage to this poem because it was a revision that came after I received 'Freely Espousing', where the poem is from...]

Of course, in this poem, Dirigo is a reference to the island called Dirigo. But the island got its name from the motto. "I Lead" is what Dirigo means by the way. Yes, Maine, yes you do lead. You lead poets to write poems, you old saucy minx, you. In the case of James Schuyler, amazingly beautiful poems. In the case of Bridget Eileen? I'm no James Schuyler, obv. And time will tell if I do like this current, final seeming version as much as I think I do...I'll let you judge with the revealing of a sampling. The spacing's off because that's how Blogger rolls, but you get the gist:

and so we began

pink leaves
sprouting around
the windows

that snap
from fall’s
cooling

what is that hum
that balm

that comes
from the changing

snow fell
on forsythia
seven days into
May

you always were surprising

crackling creek
tangy seed of this snack grape
spitout
I snap a picture of a
prize fish
the mountain’s coming down
cooling the park at 2:30
you’re just green
I don’t know why that’s something
the abundance of it
I suppose
knocks me


From the Kitchen Table

Maples, firs, birch aim down at
Dinner's shadow window
Then pearl with the veering sun

now move down with
the ridged floe

every bend of road
something


There you go. Like I said, it's not James Schuyler, but we can't any of us be, can we?

All this reflection is psyching me up for Wednesday, man. Lots of people RSVPed yes on Facebook. Very exciting.

Good Night! See you in the morning. I think I'm going to type and post the April Forsythia poem by Schuyler. It always reminds me of this story about a drunk man at the corner Chinese food restaurant, but I'll get to that tomorrow...
artsy stuff commonplace book Dirigo James Schuyler Maine poems poets