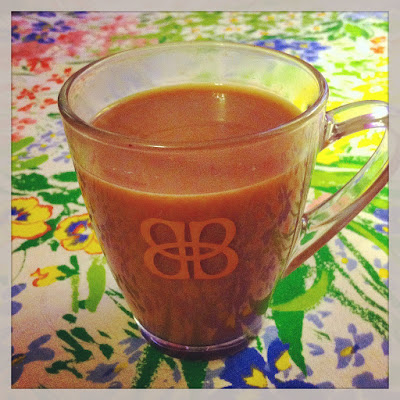 Nothing beats a warm winter cocktail when the weather is treacherous. I have been concocting various types of spiked hot chocolate drinks with friends for a while now. Previously, when I lived in West Roxbury, it was the "Alhambra Special," named after our street: hot chocolate, mint schnapps, Baileys and vanilla vodka.

Now that I'm in Roslindale, near the Arnold Arboretum, the spiked hot chocolate still has the Irish influence of Baileys, and now includes the Caribbean influence of some coffee, rum and coconut flavor. I sprinkle in some cinnamon and stir in a nut or soy milk of some kind as well (the influence of all the hipsters!)

Sip generously while contemplating why you live in a place that gets 2 feet of snow in a day's time! Perhaps you won't even mind after two mug's worth!