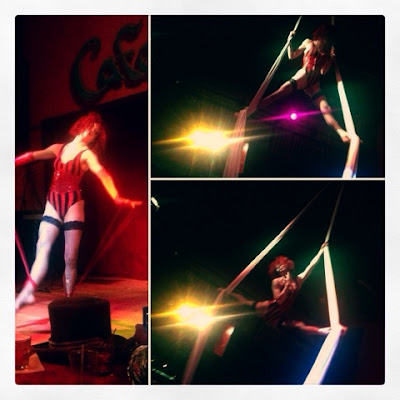 I rarely post a mixed-to-bad review. I'm a sport. I want to like the shows I'm going to see--that's why I go to see them! I'm a not a critic, I'm an arts and culture blogger, who reports out the interesting things I get up to. What that caveat it place, I'm sorry to say, I have limited good things to report about the Freakeasy 2016 show I went to at Cafe Istanbul in St Claude's Healing Center. 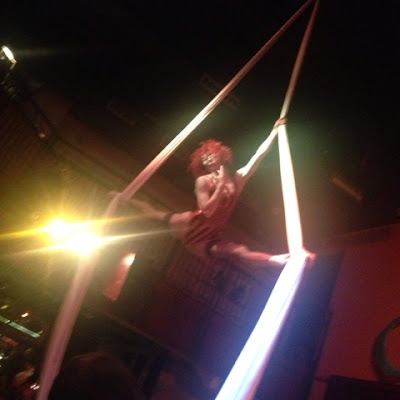 Freakeasy was supposed to be two shows. The first one started really late so they just had 3 acts then a really long intermission, then the second act was essentially the second show. 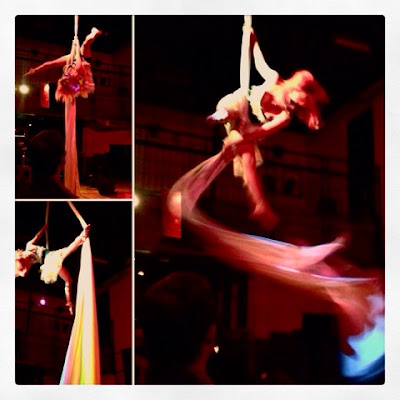 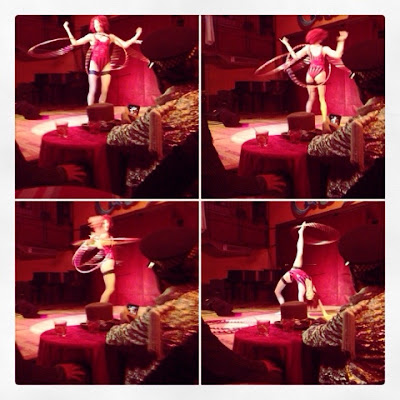 The MC was from Portland and wasn't my cup of tea. I'll leave it at that. 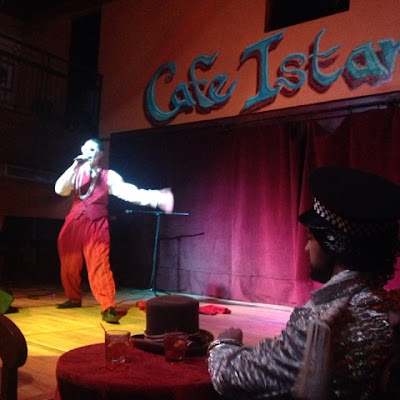 The show had some racy-ness, which I can really get into if it's done well, but one act I saw that was racy was just poorly staged and made no sense. Others were fun and interesting, enough. 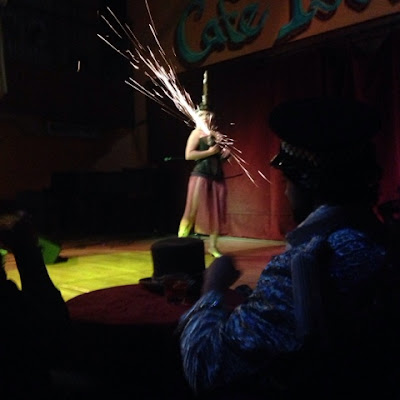 The more traditional cabaret acts featuring hooping and aerial silks were really impressive, as shown in the pics. And Fantasy's quirky queerness was endearingly freaky. 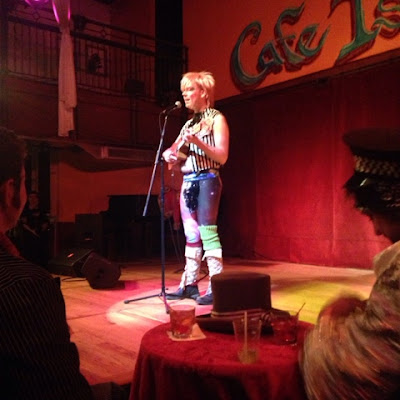 This show could have, and should have, been really great. I'm sad to say, it wasn't, and we actually left it early.