"Always" a teary goodbye to Alan Rickman, the brilliant actor who brought some of the best characters to life

on January 14, 2016
This is a repost from my style site but it applies to both site, so here you are: 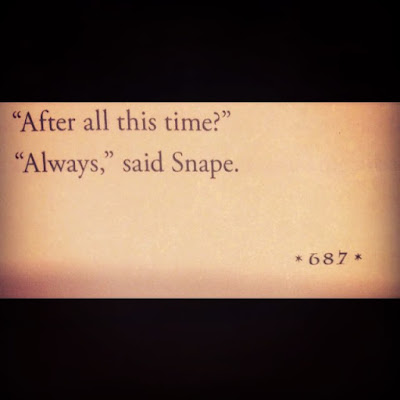 That's a snapshot of my own copy of Book 7 in the Harry Potter series. I took it this morning after bursting into tears upon learning of the loss of Alan Rickman. The complex tragic heroes of literature are the most compelling, because they're the most human -- they remind us of the people in our lives who embody both the best and worst of being a person. Snape was that character -- flawed, brave sad, compelling, complicated and Alan Rickman played him so well he simply *was* Snape, to so many minds. 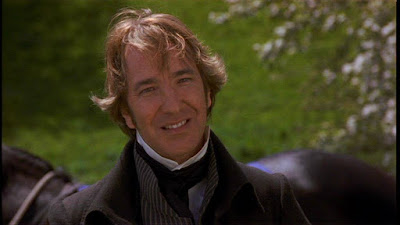 He also played the tempted boss who we begrudgingly forgive along with Emma Thompson in Love Actually. And, in their first movie together, he was also my second most marry-able Jane Austen character, Colonel Brandon in Emma Thompson's screen adapatation of "Sense and Sensibility."
I also think of yet another piece he did with Emma Thompson as his portrayal in a Masterpiece Contemporary Classic, The Song of Lunch, of an utter buffoon. Nothing likable about the character, Rickman's portrayal of the irredeemable ninny was brilliant.
http://www.pbs.org/wgbh/masterpiece/songoflunch/
This is a difficult week for loss of talented celebrities who mean a lot to the public because of the heart and artistry and skill in their work. David Bowie was the biggest name. The poet C D Wright is another. It's a rough start to 2016.
actors alan rickman artsy stuff Books commonplace book Harry Potter Jane Austen masterpiece movies and film Sense and Sensibility snape Television