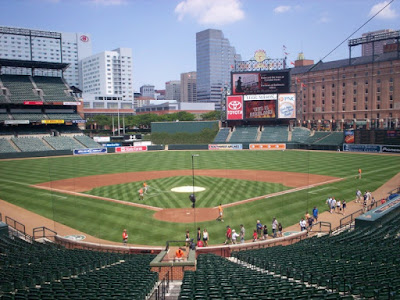 If you like baseball, or American history in the 20th centruy, visit this ballpark. It's gorgeous. The tour is great; filled with Babe Ruth history, since he is originally from there. The ticket prices are reasonable, or were back in 2008 -- now that the Os are better, that may have changed. 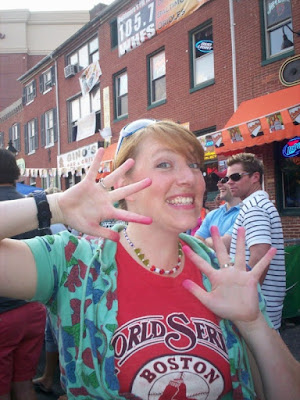 They have a block party outside of the park before the game begins. Vendors sell red dyed pistachios. Yes, that's a 1986 World Series tshirt. Always Vintage Bridge! 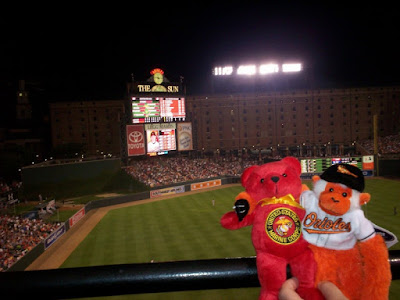 That's my Marine Corp bear, which I bought in Annapolis, home of the Naval Academy, in honor of my Dad, who was a Viet Nam Marine Corp Veteran. 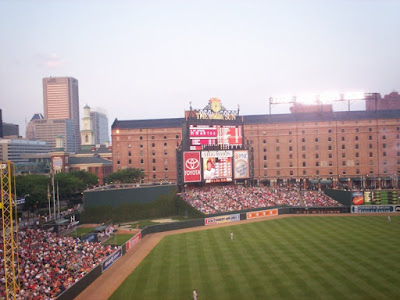 A view of the park 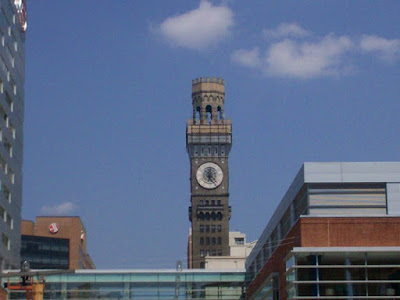 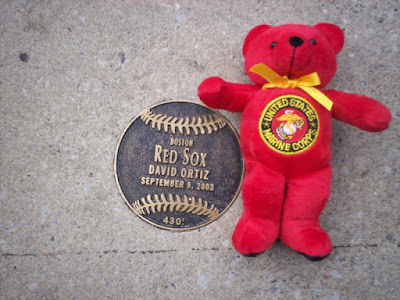 David Ortiz hit a 430' homerun on 9/9/2003, over the back wall and onto the walkway behind Camden Yards. They mark all homeruns that make it over the wall. 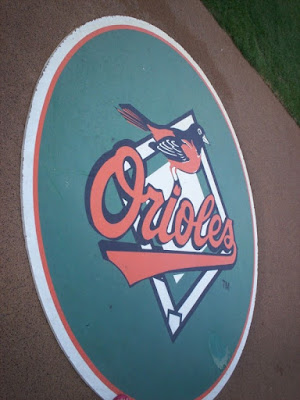 Who remembers Brady Anderson? He was hot. I liked his sideburns. 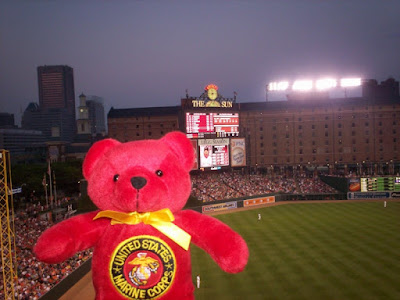 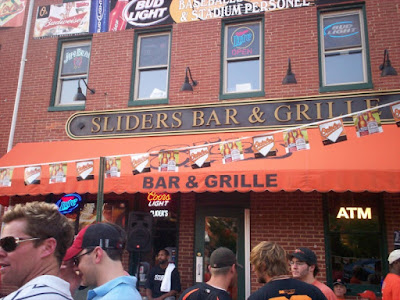 Fun outside the park.