John Wiener's in the New Yorker

on October 27, 2015
The New Yorker has a feature article on John Wieners and John Updike. 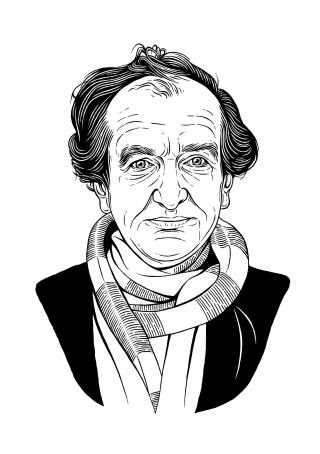 The connection is that they're both Boston poets who were contemporaries.

The review itself of John Wieners has ruffled some feathers. (Including mine.) Why the objection? I'm not quite sure. I guess its nuanced. John Wieners is described as a "lapsed Catholic." This irks me to no end. He was culturally Catholic, like so many of us in the Boston area. But he didn't lapse away from Catholicism. He just wasn't -- and nobody better EVER classify me as a LAPSED Catholic. I am a person who was raised Catholic and then found my real faith once I was out from under the faith's oppression. I'd suspect Wiener's would prefer the same differentiation. Lapsed makes it seems like you might go back, non-practicing, passively letting it go. Oh no, Chiasson. Oh no, world. We deliberately left, thank you.

Of course when I show friends who say "I'm not really into poetry" that line about the Fiedler overpass footbridge, they're like, "well, hello--maybe I DO like poetry." But there's something about it being the featured line in this review that irritates me. I show it to guy friends because it's provocative and they're not much into reading literature, so I'm showing them where literarture can go.

Anyway, the thing about the review that was so annoying overall was the "other"-ness projected on Wieners. As opposed to how I think of him, which is the center of things. Reading his poetry made my work make more sense to me. There was a heritage there. Chiasson looked at his work from a different place far less reverent and the spirit is imbibed (to use a Wieners phrase) thusly.

Do you know what this is reminding me of? The later 90s, when Alt Rock became mainstream. Everything I was so cool to have early adopted in the early 90s as a young teenager, suddenly got commodified, consumed and commercialized in a far less edgy, meaningful way. Now my favorite poet is receiving more mainstream attention and the attention, from the mainstream, is taking away what is significant and special and turning it into a little side show.

My whole collection of posts about John Wieners: