Day 24 - a picture of something you wish you could change 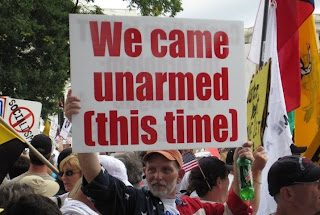 I wish I could change the level of vitriolic political discourse in this country. I hope that if anything good can come from the disgusting incident in Tucson it might be that. Along with some more reasonable gun, or at least ammunition control laws. I used to be way more of a political junkie than I am now because I can't stand to hear the way people talk. It's just blechy. I tune into sports radio now. At least there, when they get all mean and hot-under-the-collar it's not about anything that matters.

I'd also like the calorie and fat content of chocolate, cheese and potato chip to equal celery sticks, change the amount of money in my bank account to way way way more than it is and change my desire for sleep from constant to occasional. Not to mention dictatorial regimes around the world, poverty, hunger, the lack of equality to minorities, women and children and the use of non-renewable resources for energy and energy consumption in general. That's not too much to ask, right?
30 days of pictures artsy stuff commonplace book Politics