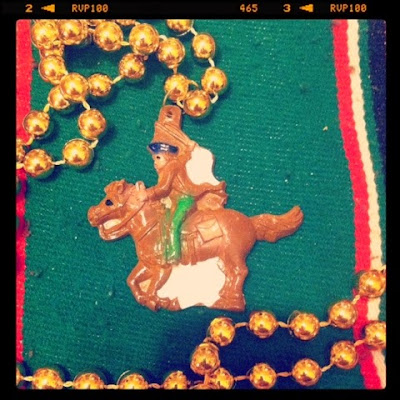 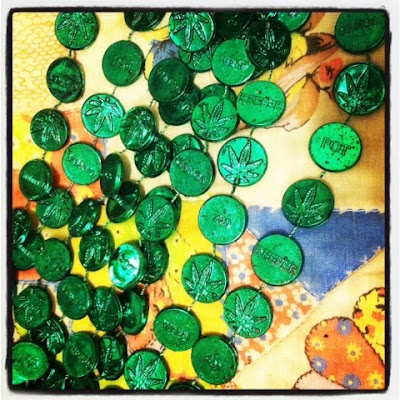 #accessories On Instagram, I posted both of these necklaces on April 20, which are throws from Mardi Gras in New Orleans this year. April 20 is Patriot's Day in Massachusetts and Maine, AKA "Marathon Monday. In honor of that, I posted the top necklace, which is a replica of Paul Revere's Ride. The Rex Parade theme was "Wars that Shaped Early America" so there was quite a bit of Boston themed stuff being thrown from the floats in my mother's adopted city of New Orleans.
As we walked through the French Quarter to take pictures of all the dressed up people, we got a few of these marijuana inspired throws, as well. I posted that on April 20th, because it's "four-twenty." It's not my preference for partying (that would be Bacchanalia and St Patty's, for wine and whiskey, both, as a matter of fact, occurring on March 17!) but I support those who want to celebrate it responsibly!
holidays