Smart phone notes during Tchaikovsky* at the Hatch Shell 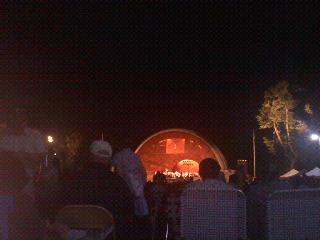 I'm sitting on my beach chair at Boston Landmark Orchestra's free Tchaikovsky concert. This performance also include appearance from dancers of Boston Ballet.

Why? I think it's because the links from Romanticism to Modernism to Postmodernism to whatever now is (Post-Postmodernism???) are becoming clearer, as opposed to how one period is so differed from the one before (esp thanks to Reconfiguring Romanticism...)

The world is changing in the same way as it was in the 1890s. Innovations were upon us. England's long reigning queen was at or near an end. The shift in who was the super power of the world was felt in the air. The rich were way too rich. The poor were way too poor. The artists were a class of bohemians, some with money, some without--like today's hipsters.

And Tchaikovsky with his ideas on ballet...an 'if you build it they will come' philosophy: write the good music, get the good choreographers and dancers, and big new things will happen.

What does this have to do with Olson? Not much, not directly, I don't think. But for the sweeping epic innovation-ness of both.