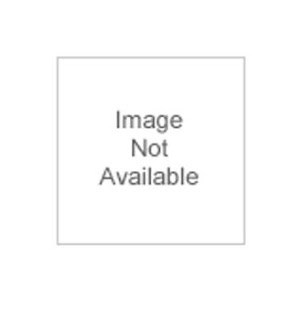 In an effort to continue my creepy dead poet stalking, I went to the asylum of John Wiener's "Asylum Poems", just to see what it was like there. It's called the Taunton State Hospital now. It's set way back at the end of a nonchalant seeming dead end road. It's a really big campus. The buildings remind me of old dormitories. I took photos with my phone and then all of the sudden a woman with a severe short gray haircut pulled up next to my car in a big fancy sedan. She asked if I was taking pictures. I lied and said no. She told me she was a chief something or other for the place and that photos were strictly forbidden and if I didn't erase them, she would have to get campus security. This was all from her car to my car. It was very Nurse Ratchet-y, if you ask me. After that very unpleasant encounter, I left.
I left feeling really sad for John Wieners. If that's the type of person who works there now, in 2009, the type who must insist she make herself feel bigger and better than you, even to civilians, imagine what she's like to patients. And imagine how it might have been in the less enlightened late 60s. Ugh. Poor thing. So, no photos to post on the blog, since they're apparently illegal. However, photos are available all over the internet (go figure). Here's the link: http://images.google.com/images?hl=en&source=hp&q=taunton+state+hospital&um=1&ie=UTF-8&ei=NkbjSsS_KovSlAfot_CKBw&sa=X&oi=image_result_group&ct=title&resnum=5&ved=0CCMQsAQwBA
And here's the link to the hospital's feature page for "Kirkbride Buildings", because the hospital is considered an historical landmark. This website also has (illegal?) photos of Taunton (that aren't supposed to be taken?) featured on it: http://www.kirkbridebuildings.com/buildings/taunton/
And here's a flickr page with tons of photos from inside the asylum:
http://www.flickr.com/photos/futureimpaired/sets/72157605689544641/

But I don't have any to show you because photos of the place are illegal. Ugh. Poor John Wieners.
Here's a poem from "Asylum Poems" as it appears in the "Selected Poems" edition:

An ivory wall, have you seen it? there
as we travel on the road, together'd
shadows flit at twilight
we will not be one of them vespers

failing in confinement.
I built it. Where are you?