Shakespeare in the Park Boston Common 2009 Review: A Comedy of Errors

on August 11, 2009
Yay! Yay! Yay! What larks abound in Shakespeare's "A Comedy of Errors" and this year's Shakespeare in the Common production was a fun evening out this past Saturday.

Plot rundown: two sets of male twins, one set the slaves to the others, are separated at birth. Many years later as adults, they end up at the same place but, not knowing they're each of a set of twins, people keep mixing them up. A comdey of errors ensues.
Boston's Shakespeare in the Park production takes place in a sort of Carribean or Floridian 1920's. The blues and purple were dazzling. I didn't feel there were any miscasts, although the Courtesan got a little pitchy, dawg, as Randy would say it, during the finale. That's my only 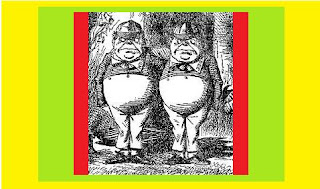 complaint. The twin servants, dressed in Tweedle Dee & Dum gear, were the show stealers.
I was especially dazzled by the details of the costumes -- costume design, especially the courtesan's purple outfits, were my favorite part of the show. I also just like going to free shows in a beautiful park on a gorgeous night with a whole bunch of other theatre lovers. I made a new friend, a rescue tiny-sized mixed breed dog named Honey, who belonged to the family behind me. Just came along for some petting and eventually ended up curling up in my lap for a bit. So cute!
Go see the show before it's over! Last night is Aug 16. All shows start at 8 PM except Sundays, which start at 7.
a comedy of errors artsy stuff Boston boston common shakespeare in the park commonplace book in the pines parks Theatre