The Books That Are Not on the Shelves

All the Books That Are Not in Their Usual Place, and Why 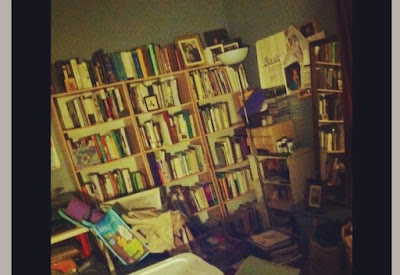 This post is originally from my old blog "Bridget Eileen's Commonplace Book."

I have mega-piles of books not in their usual spot on the book shelves. Here's the list and here's why they're out: