The Myth Is Proof of Fact, or Why We Are Attracted to Dan Brown Novels 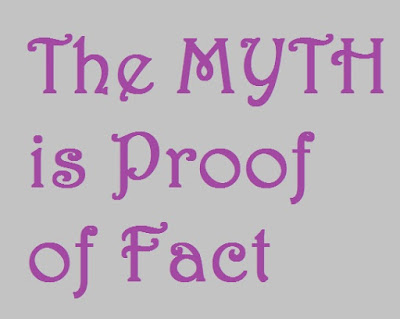 This is an entry from my old blog "Bridget Eileen's Commonplace Book."

Robert Duncan's essay "The Truth and Life of Myth" starts with the epigraph that's something like, "It may seem that the facts prove a myth but it is the myth that is proof of fact."

This idea, that myths are the things that help us get to the deeper truth, is why I think Dan Brown's books & movie adaptations attract our attention, capture our imagination, and spark so much  controversy. They challenge the status quo and scratch at itches we might have with set ideas of history, religion and faith.

The Magdalene story in The Da Vinci Code, while it may be pure fiction, strikes at some things that sits funny with lots of people. First and foremost, Mary Magdalene was misidentified as the pentinent whore in Pope Gregory's Homily 33 back in the 600. In the 1960s, the Catholic church finally redacted that misstatement, but it was too late. The image is stuck. The Da Vinci Code did much to help unstick it. In this case the myth of the Da Vinci Code did unveil a truth.

That's important to me because it acknowledges that Jesus had lotsa BFFs, including chix. While it may not be that they were married or a couple or anything, they were close and Magdalene was as valued as the other Apostles. See, I tolja Jesus was a hippie: long hair, sandals, "the least of these", love they neighbor, etc etc.

Angels and Demons ignites our imaginations because I do kinda wonder about all those quirky details in any art I admire.
angels and demons artsy stuff Books commonplace book dan brown fictive certainties in the pines magdalene myths robert duncan