Sort of, you know, um, anyway - Filler Phrases We Use Often 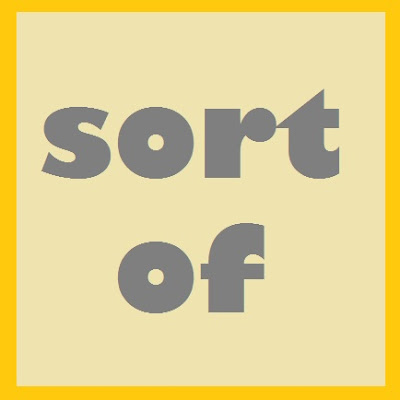 A Meditation on the Filler Phrases We Use Often


This blog post is from my old blog, "Bridget Eileen's Commonplace Book."


I am doing a "write a day" blog with a bunch of other Stonecoasters. This time around it's not just poetry but also prose (and prose poems...). Anyway, someone's short piece of prose (micro fiction? excerpt? prose poem? lyrical essay?) used the filler term "anyway" a few times, which, as you can see above and in a myriad of other posts, I am quite quilty of.


On my way to work today, I was listening to a Talk of the Nation radio interview with an up-and-coming film maker, Carey Fukunaga. Fukunga must've used the term "sort of" a bigillion times, it seems. I notice that term "sort of" used often. It's the cooler, more hipster way of saying "um."


Once, during a post-game press conference last year, Kevin Garnet whispered something into Paul Pierce's ear, mid-answer. They both started giggling like little kids. The reporters asked them what was so funny. Apparently, in a meeting before the game, a PR person had given a talk to all the players about the language they used during interviews and instructed them not to say "you know" so much. Then they said they'd probably be in trouble for telling this to the press. Then continued to use the term "you know" so uncontrollably, I had the feeling that it was on purpose. Later, during Doc River's post-game interview, he was asked about this "you know" advice and proceeded to also use the term a silly amount of times.


Anyway, I was just thinking I'd sort of blog about this to, um, you know, talk about the ways we fill up time, to , ah, give ourselves a moment, you know, to collect our thoughts and sort of move along to the next one with out, er, stopping.

http://www.npr.org/templates/story/story.php?storyId=89620768
artsy stuff commonplace book in the pines sort of