Festival: a series of blogs on live music shows from the 90s 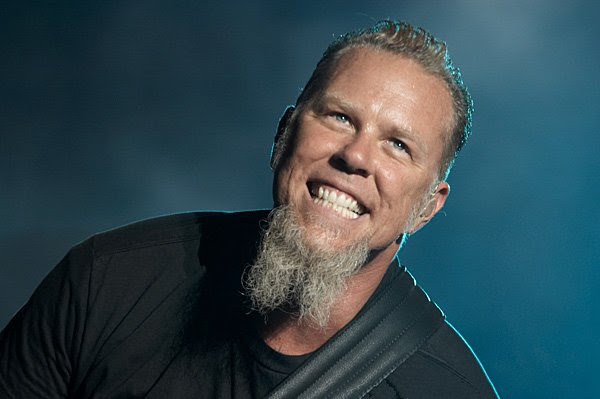 Last night, my brother Greg and I were playing "water" pong (beer pong with cups of water) at a sushi bar. Yes, at a bar. Yes, I am 30 and playing drinking games. Awesome, I know. Even better, to the right of us someone had rigged their Guitar Hero to the big screen TV and the performance sound system, so people were playing all night. While Greg and I began round 3 (we dominated the table for the longest of any pair of the night, thanks) someone over at Guitar Hero picked a well known Metallica song to play.

Greg started on some air guitar as our competitors were searching for the missing ping pong ball. "January 17," he stated while banging his head back and forth to the music.

"Is that when they're coming here?" I asked.

"Are you getting tickets?"

"I'd love to, but they're probably like $175 at minimum because douches buy 'em all up to scalp."

Then we started talking about the time we got to see them in concert: Lollapalooza 96 to the festival on the border of Vermont and Massachusetts. We had to do the hairpin turn in North Adams to get there. "WATCH OUT FOR THE HAIR PIN TURN" the signs warned as far back as, like, Boston, or whatever.

It was the most random group of people that had traveled together in the car up to the show. I had just graduated from high school and was about to go to UMaine. Greg just finished freshman year of high school. As ever, one of my Lollapalooza companions was dear old P ete, who hated my guts at the 96 festival, because I had just broken up with him. Also with us was Na te K. and two other people P ete worked with at the movie theater, Dave H. and Karin. A few years later, Greg and Karin would end up being close friends - both just went to each others' wedding recently - but at the time, they didn't know each other at all.

We recreated the scene for ourselves last night. I had made my way up to the front for the band before them, Soundgarden. Because I LOVED Chris Cornell. (It was only recently that I removed him from the list of Phantom Husbands.) I'll write about that experience some other time. But they definitely put on a good show, as well. After they left the stage, there was a lot of wait time for Metallica, but I hung around as close to the front as I could without suffocating under the crush of Sweaty Nineties Festival Goers. Then the band came on, just after it turned dark.

First - the fire works. BOOM! From the stage, into the middle-of-no-where late July night sky. Then the riff. The very famous, universal cock rock, hard core riff - you know the one I mean. The first couple of bars of "Enter Sandman": so distinctive, so angry, so just fuckin' awesome. Fuck yeah. (And you know how I don't like to swear on the blog -- but for rare exceptions, like when describing Metallica, live.)

People went NUTS. That was one of the best live shows I've ever seen, period. The night was perfect - not too hot or too cold, no clouds so you could see the stars. The surrounding was amazing - hills and trees and green. The uncanny mix of friends at the show that year - even Va nessa, who one could easily compare to Charlotte of SATC or other such prim people - was there to watch Metallica kick fucking ass.

Every song they played zapped through the air. It was better than what you'd ever heard on the CD or MTV. Sometimes bands aren't as good in person. Some times they are just as good in person. And sometimes, when the musicans are really worth their salary & their legend, they're even better live. That is the case for Metallica. Especially that night.

I just kept saying to people, "Damn, they're good." or "Holy shit, this is a good show." I think I was so impressed because I found myself falling in love with Metallica that night. This was after a long period of keeping them at arm's length. Yes, I appreciated them. I understood that people worshipped them and they had a big influence in rock music from the 80s to the present. But, back then, I was indifferent. And as their sweaty, jumpy, rockin' bodies buzzed all over the stage during their show, as the music kept sounding better and the crowd kept getting rowdier -- but in a happy angry way, if you can imagine -- as the show kept getting better, I went from indifferent appreciation to pure sexy luuurve for Metallica. It went from a superficial appreciation to in-my-marrow kind of love. It was that good of a time.

And Greg was the same way: before - ehn, liked 'em. After, totally loved them for life.

That's what a good concert will do to you. Bite you like a bug and stay in your system forever.